Last year, we had a blog on Presidential Scotties but this year we want to focus on our fave: Barney Bush.  Although we loved Miss Beazley, we thought Barney was the true “First Dog.”

Barney was born Sept. 30, 2000 in New Jersey and lived there before he came to his best known address: 1600 Pennsylvania Ave, Washington, DC where he resided with his parents, George and Laura Bush.  He was joined there by his niece, Miss Beazley and cat, India (Willie,aka).  None required Senate confirmation.

Often Miss Beazley would join him. 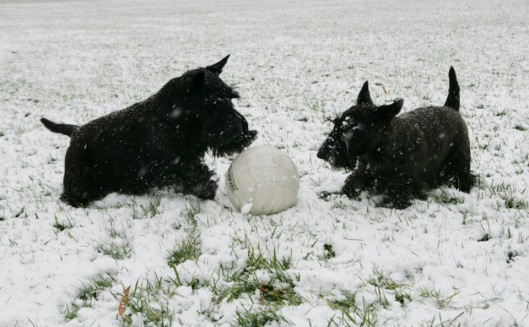 He was particularly fond of chasing golf balls on the chipping green.

Barney fiercely guarded the South entrance to the White House and was on constant alert for White House staffers bearing treats.

When the President and First Lady spent time at their ranch home, Barney enjoyed fishing with his Dad and was reported to be a avid armadillo hunter.

His most notable role occurred in the filming of 11 White House videos: Barneycam.  In these, both canines and Willie took us on Christmas and garden tours of the White House. 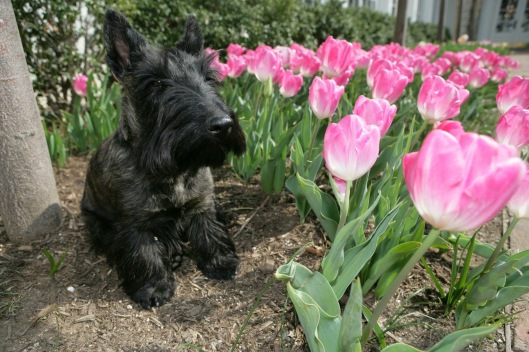 President Bush said Barney was a grand diplomat mingling with Queens and Heads of State without ever jumping on their laps.  He was a regular presence in the Oval office. 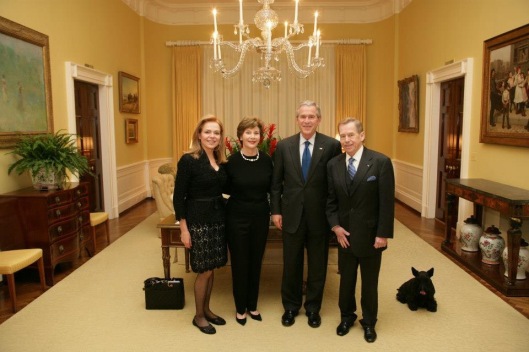 There was an incident with a reporter being bit but considering the media; most likely, it was justifiable. 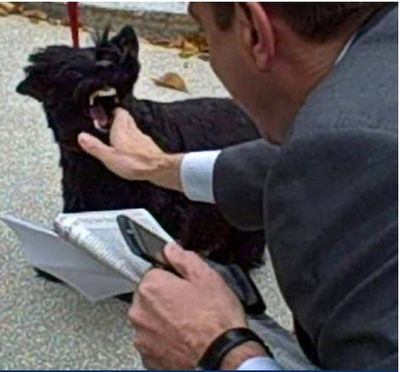 Sadly at 12 1/2, Barney, after a battle with lymphoma was called to the Bridge, Feb.1, 2013. Miss Beazley followed him approximately a year later.  Both are honored with a bronze sculpture in the George Bush Presidential Center in Dallas, Texas.  Proud to be a Scot ~ Indy and Lucy #laurawbush #thebushcenter 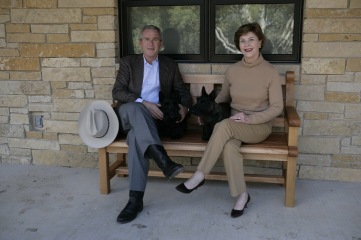 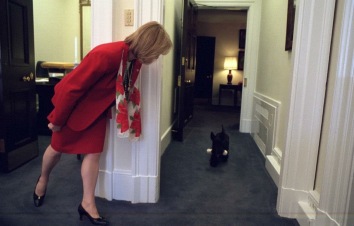 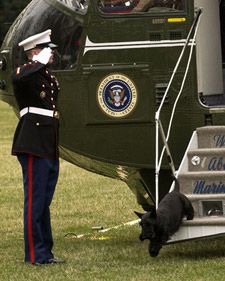 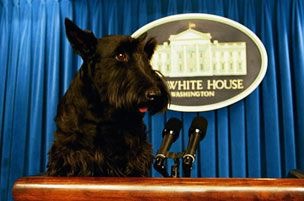