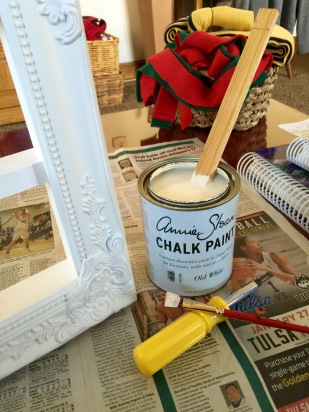 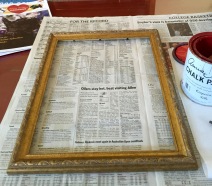 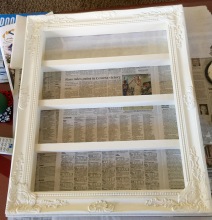 They have now been repurposed.  Mom has been in need of some kind of magnetic board for her favorite Scottie magnets.  All it took was a picture frame, the back off an old microwave cut down and some paint. 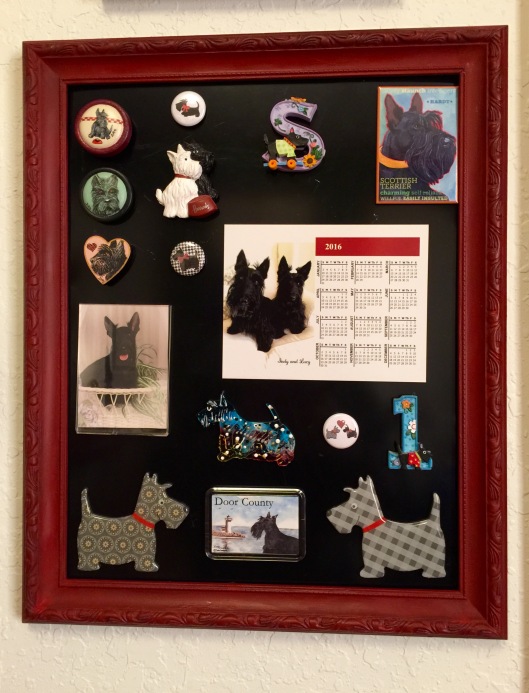 The larger frame was required to house Mom’s collection of “Macs”. 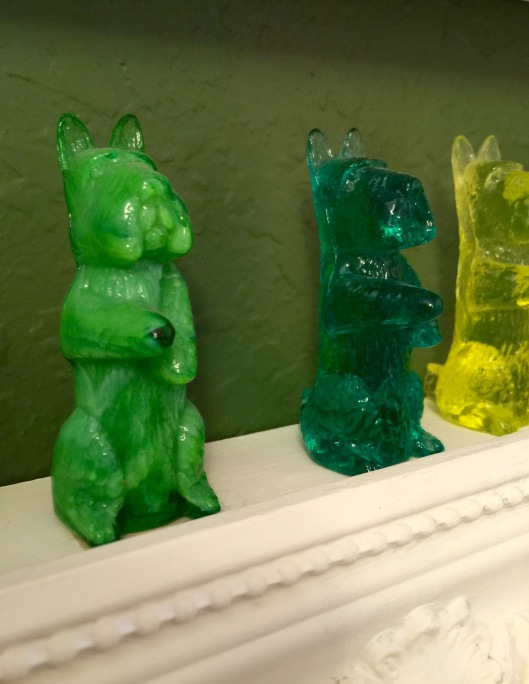 Boyd glass factory in Cambridge, Ohio featured the Mac as the fourth in their Scottie series.  The series began with a special called the ‘Hokey Pokey’ in Oct. 2005 and the rest following till 2011.  The prototype for the Scottie was rejected by 3 Scottie collectors (Karen Campbell, Lesley Connor, and the editor of the then Scottie Sampler, Sydney B).

(Middle is rejected prototype)  The image was revised and the current one was approved as a ‘typical Scottie’ as we are sure you will agree. (Lesley, feel free to correct or add anything and thanks for providing this information) Mom tried putting a glaze on the frame but she didn’t like it and repainted.  She is thinking about adding a mirrored back but that is a project for another day.  For now, it makes a perfect display case for these little Macs.  ~ Indy and Lucy 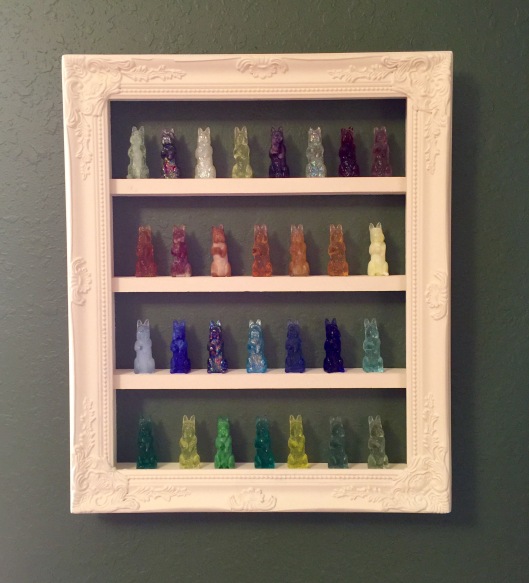