Mom and Dad tried to go to the balloon fiesta when it first opened.  They got up at four o’clock, drove an hour, waited in a line of cars three hours only to have the gates closed when it was their turn to enter the park.  Did we mention they already had tickets and a parking pass?  Needless to say, Mom was hot.  However, she is a believer in perseverance so on Friday they returned.  This time they got up at  three and were in Albuquerque by when the gates opened.  Mom said it was a long cold wait till the balloons started flying but worth it.  Look for yourself.

There was a laser show at the beginning followed by a Dawn Patrol.  A Dawn Patrol consists of a few balloons that go up first to see if conditions are favorable for flying that day. 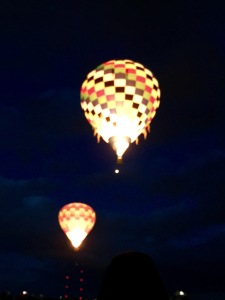 If it’s a go, a green flag is raised and the ceremonies begin.

It was Special Shapes Rodeo day.

Mom loved the pig and you can se a bit of the zebra back there.

Dad liked the pirate ship.  See the turtle and penquins? 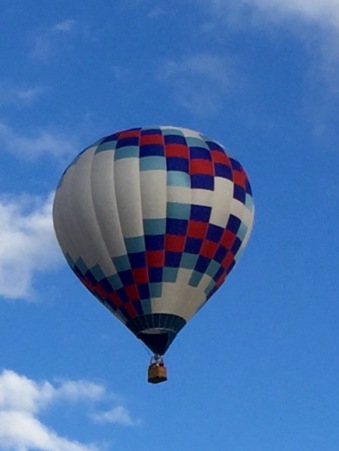 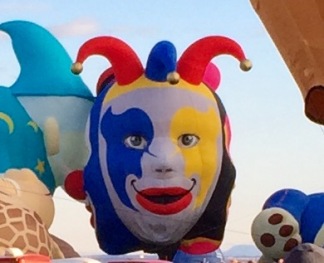 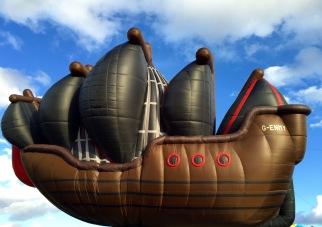 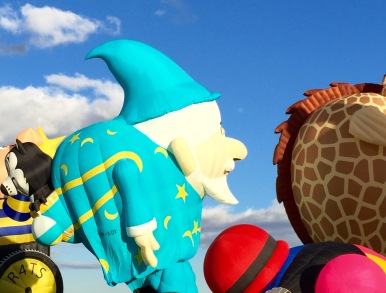 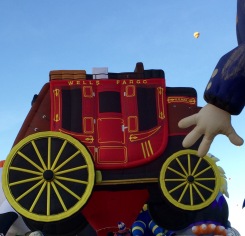 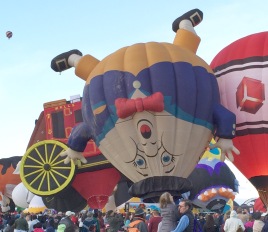 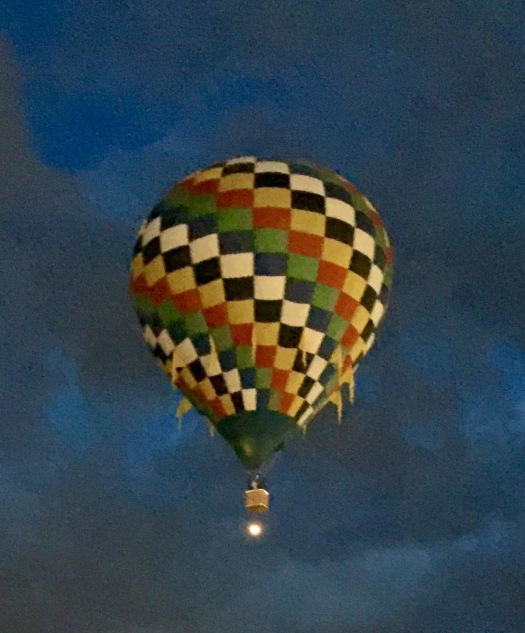 As you can see, it was a memorable time.  Mom said they used the parking pass once and only two of the 10 tickets so she figures it cost about $60 apiece for the balloon experience.  She said when she looks at it that way it’s more reasonable…not much more than theater ticket.  Hope you enjoyed it too. ~ Indy and Lucy

Mom say there were so many that it was impossible to take pictures of them all.

27 thoughts on “The Great Balloon Fiasco”